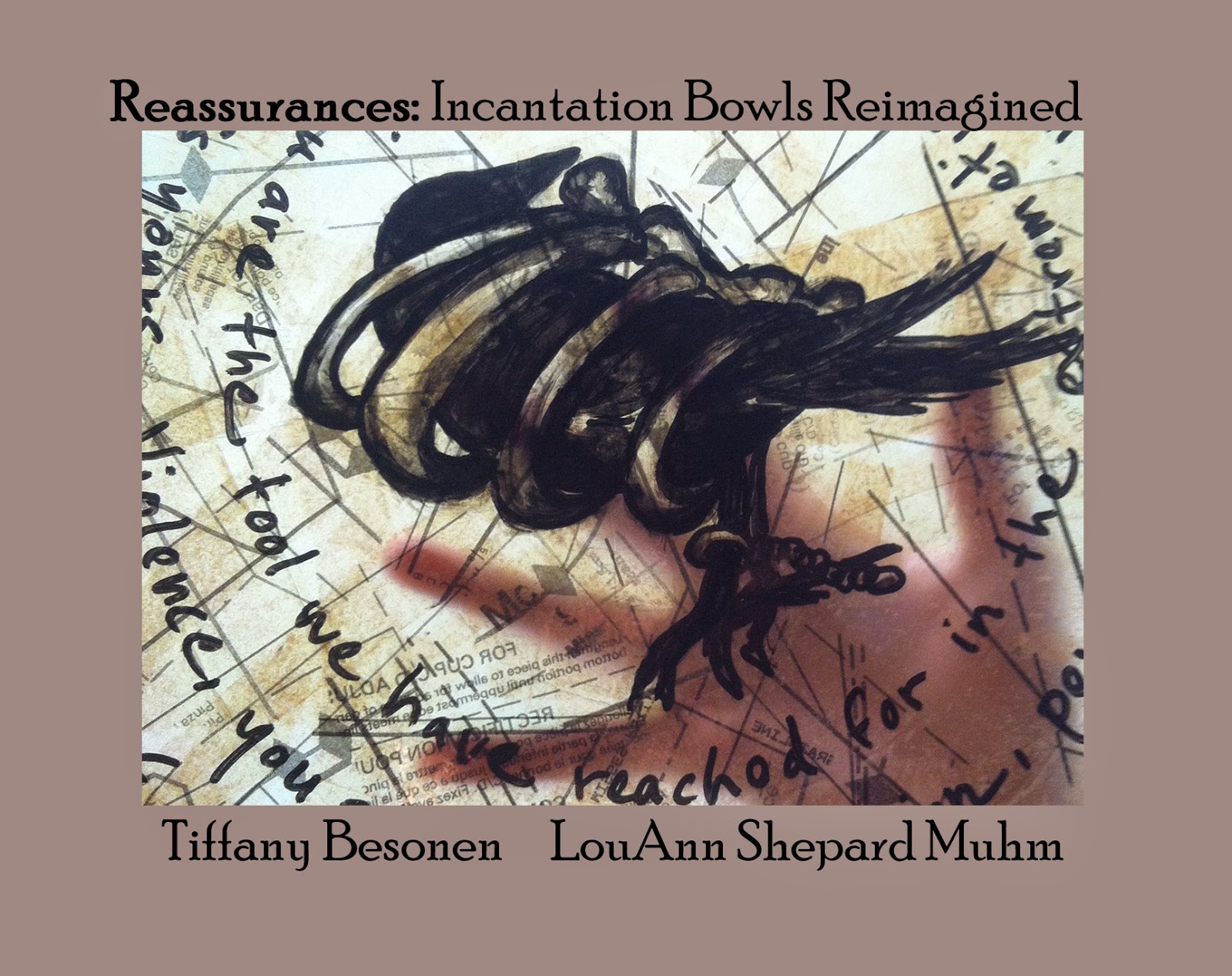 Since 2010, LouAnn Shepard Muhm and Tiffany Besonen have been collaborating to create a collection of incantation bowls, in which Muhm’s incantations against fears are inscribed on Besonen’s translucent sewing pattern bowl forms. In 2010, Muhm and Besonen were educated about the large numbers of ancient Babylonian incantation bowls, 6th-8th Century CE, that have been unearthed in Iraq since the 1990s. Ancient incantation bowls are shallow bisqueware forms with a simplified character painted in the center and an incantation against a particular fear inscribed starting along the rim and spiraling toward the illustration. Each bowl and its incantation were created for a specific family’s plea for assurances against particular fears. The bowl was then buried upside down under the threshold of the family’s home. This collaboration between artist Tiffany Besonen and poet LouAnn Muhm has resulted in bowls containing incantations against cancer, violence, poverty, ignorance, and loss of hope, as well as in a series of Besonen’s dreamlike doors within doors, echoing the idea of the threshold. The results are powerful and hopeful.